The rich text element allows you to create and format headings, paragraphs, blockquotes, images, and video all in one place instead of having to add and format them individually. Just double-click and easily create content.

How to customize formatting for each rich text

Headings, paragraphs, blockquotes, figures, images, and figure captions can all be styled after a class is added to the rich text element using the "When inside of" nested selector system.

Create from this template
Try in Juro Download now

What is an employment contract amendment?

Employment contract amendments can be used for minor changes or more substantial amendments, but we’ll explore how and when they’re used in more detail in a moment.

When are employment contract amendments used?

Let’s run through a few examples of when an employment contract amendment is used, and more specifically, which amendments are typically made.

This could involve updating the compensation employees receive, the amount of holiday they’re entitled to, and how they can be dismissed. Either way, it’s important to capture changes to the law by amending an employee’s contract.

🧱 Reflect restructuring within the company

It’s also an important opportunity for employees to confirm that they are willing to accept these changes to their employment terms.

While most employee perks will only be discussed briefly in an employment offer letter, some more substantial schemes should be covered using an employee contract amendment.

Examples of these more substantial benefits could include pension plans, increased redundancy pay, and enhanced maternity and paternity provisions.

💰Update with a new salary

It’s also common for employers to use an employment contract amendment to reflect a salary increase. This happens regardless of whether the compensation increase came with a promotion or not.

Moving beyond verbal discussions and reflecting on this increase in a legally-binding contract is important, as it provides employees with certainty around their income and updated salary.

Employment contract variations are also used to reflect changes in an individual’s job responsibilities or title. This is important since it provides clarity around what’s expected of an employee, and it also helps to ensure that their title reflects the work they actually do.

It’s natural for an employee’s responsibilities to increase or change over time, but it’s still important to recognize these changes by amending the employment contract or even creating a whole new one.

Employment agreement amendments are also commonly used to reflect changes to a company’s working hours. This has been particularly common in recent years as companies have moved towards flexible working and hybrid work. Some businesses have even adopted a four-day work week.

An employment contract variation can be used to reflect this flexibility in employees’ working arrangements.

How to approach employment contract amendments

Before committing to an employment contract amendment on paper, it’s important to consider the variation carefully and discuss it with the relevant stakeholders.

For example, if you’re looking to increase an employee’s salary, you’ll want to consult both the HR and finance teams first. That way you can ensure that the change is aligned with the direction the company is going in, as well as their current priorities as a business.

Similarly, if you’re introducing an enhanced pension plan, you’ll need to have finalized the specifics of this plan before updating HR contracts to reflect it. Otherwise, it can become confusing for employees, and this defeats the purpose of a contract.

2. Discuss the change with employees first

It’s also important not to get ahead of yourself when amending employment contracts. Before you make any changes to an employment agreement, you should consult the employee first.

Even if the change to the contract is a positive one, these changes shouldn’t come as a surprise to employees. After all, employment contract variations can affect different employees in different ways.

In some circumstances, an employee may even want to consult their trade union about the changes. They may want to negotiate the amendment to ensure it better suits their needs. But we’ll get into that shortly.

Either way, having open and meaningful discussions with employees about the proposed changes is important to maintaining a respectful working relationship.

It also gives employers the opportunity to explain why they’re making specific changes, and this can encourage employees to accept variations to their employment terms.

Once you’re set on the amendment you wish to make, and you’ve checked that it’s legal to make it, it’s time to put the promise onto paper.

This can be done in two main ways:

This is the manual way of creating the employment contract amendment. It typically involves authoring the contract manually in a platform like Microsoft Word. This can be done from scratch or by copying and pasting certain elements from existing agreements and templates found in shared drives.

It’s time-consuming, but it works if you’re only amending a handful of contracts.

Alternatively, you can generate contracts. This is the process of automating contracts using pre-approved contract templates.

Contracts created in this way require far less contract admin since most contract tools enable users to automatically populate contract smartfields with the relevant values, rather than manually extracting and inputting this data by hand.

Most contract platforms will also enable users to generate contracts at scale using bulk actions. Juro is one example of this, making it a great option for HR teams that need to roll out employment contract amendments right across the business. The same is true for other employment contracts and forms of onboarding paperwork.

5. Open the amendment up to negotiations

It’s also valuable to give employees the opportunity to negotiate any employment contract amendment you propose.

If there isn’t scope for negotiation, you can lock the contract terms down automatically using a tool like Juro. But if there is, you can streamline this negotiation process using a contract management system. This eliminates the need to move back and forth between multiple different tools just to discuss the employment contract variation.

Instead, all collaboration and negotiation can happen in one workspace.

Can an employment contract amendment help?

Using a template for contract amendments has numerous advantages, such as:

What should an employment contract amendment template include?

Alternatively, you can reduce this contract admin and use our free employment contract amendment template. Use the buttons to the right to download this as a PDF or use it in Juro.

If you're looking for a scalable way to create, negotiate, sign and employment contract amendments, try Juro. Hit the button below to find out more.

Create from this template
Try in Juro Download now 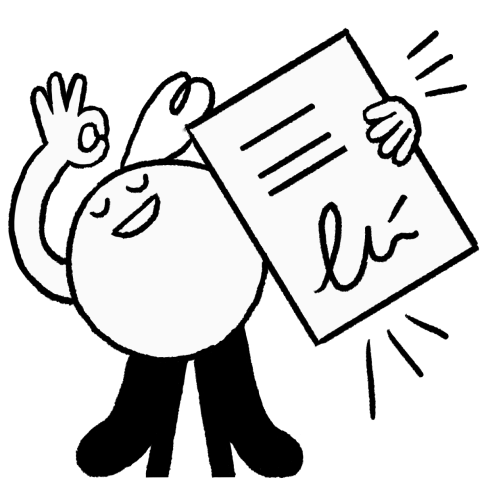